Not only trust and continuity, but also a great deal of agility, are key criteria for a successful brand.

A company like Thomson, which has been in business since 1879, has played a major role in shaping the marke Decades o experience pay off, particularly in the field of entertainment electronics. Read on to find out the many advantages of the Thomson brand, including those that go beyond technology. 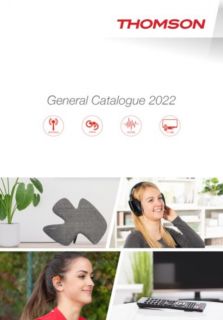